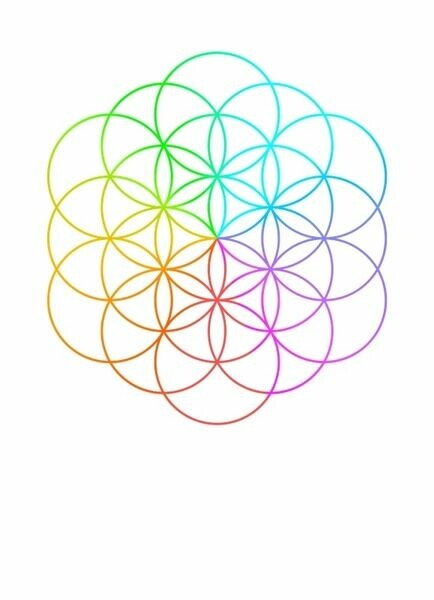 NATURE HAS THE ANSWER

FREE SHIPPING on Orders of $75 or more 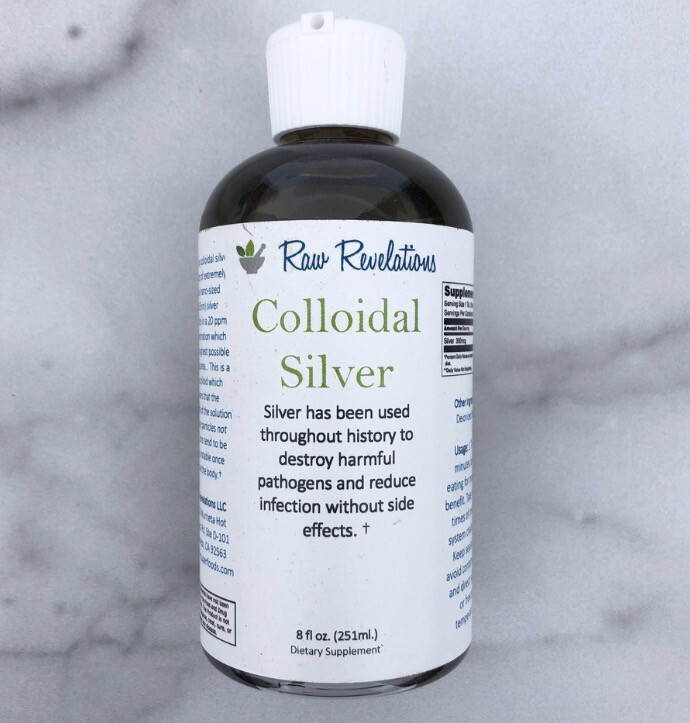 For thousands of years silver has been used as a healing agent by civilizations throughout the world. Its medical, preservative, and restorative powers can be traced as far back as the ancient Greek and Roman Empires. Long before the development of modern pharmaceuticals, silver was employed as a germicide. Find out more about silver below and why Raw Revelations provides you with the best Colloidal Silver on the Market.

Usage:  1 tsp-Tb. 1-3 times/day. Can also be used on eyes, ears, topically on the skin, or nebulized for best absorption.

Not until the late 1800's did western scientists re-discover what had been known for thousands of years - that silver is a powerful germ fighter. Medicinal silver compounds were then developed and silver became commonly used as a medicine. By the early part of the 1900s, the use of silver was becoming widespread. By 1940 there were approximately four dozen different silver compounds on the market.

Although there were a few flare-ups of negative publicity regarding medicinal silver in the early 1900s, (due to the overuse of certain types of protein-bound silver compounds causing a discoloration of the skin called argyria and due to a supply of improperly prepared and unstable silver) reputable medical journal reports demonstrated that a properly prepared colloidal dispersion of silver was completely suitable with no adverse side effects. T. H. Anderson Wells reported in the Lancet (February 16th, 1918) that a preparation of colloidal silver was "used intravenously. . . without any irritation of the kidneys and with no pigmentation of the skin. "

New knowledge of body chemistry gave rise to the enormous array of applications for colloidal disinfectants and medicines and for on-going research into the capabilities and possibilities for silver colloids. However, Silver’s “new-found” fame as a superior infection-fighting agent was short lived.

During the 1930s, synthetically manufactured drugs began to make their appearance and the profits, together with the simplicities of manufacturing this new source of treatment, became a powerful force in the marketplace. There was much excitement over the new 'wonder drugs' and at that time, no antibiotic-resistant strains of disease organisms had surfaced yet. Silver quickly lost its status to modern antibiotics.

The use of some silver preparations in mainstream medicine survived. Among them are the use of dilute silver nitrate in newborn babies' eyes to protect from infection and the use of "Silvadine," a silver based salve, in virtually every burn ward in America to kill infection. A new silver based bandage has recently been approved by the FDA and licensed for sale. Other uses that did not lose favor include:

But for the most part, with the discovery of more profitable pharmaceutical antibiotics, interest in silver as an anti-microbial agent declined almost to the point of extinction.

The benefits and uses of colloidal silver are well known and documented. They can be researched easily on the Internet through search engines and any colloid forum, bulletin boards or blogs. We cannot link to them or publish them because Federal Law prohibits any claims or testimonials associating our products or product ingredients with any disease states. Keep in mind that the particle surface area of our colloidal silver product, is the highest ever tested. This means it is the most effective of any colloidal silver product ever made. With not a single serious adverse event ever reported, it is also one of the safest supplements on the market today.

Technical Details of Why our Silver is the Best

Particle Surface Area is the single most important property of colloidal silver. It is not uncommon for non-technical readers to mistakenly believe that the concentration (ppm) of silver is the most important property. Companies selling silver protein type products will advertise very high values of silver concentration with the explanation that higher ppm concentrations are more effective but that is simply not true. In fact silver protein products have very low values of particle surface area owing to the very large size particles present in those products.

Save this product for later
This is a nice road to freedom with consideration for all aspects of your life. It is worth your time to look into it.
Ken Hamel

I participated in Skyra’s 10 Day Detoxification & Manifestation experience...before we began the experience, participants were provided with information about what products were recommended (with links to purchase...so...easy to do!), and about what to expect and prepare for.

So before I even started I had already planned out what supplements I would be taking and what foods I would be eating.

I learned SO much about how to use foods, and time of eating to create optimal performance and overall better health.

We were provided with daily support where we could discuss how we were feeling...what was coming up for us.

Skyra is very clearly passionate about the information and knowledge she shares, and most importantly, she’s been through the process of detox.

From what I see, Skrya has numerous gifts/knowledge/wisdom to share. 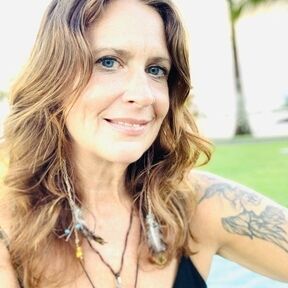 I am so grateful you made your way here.

My passion is to encourage & support others in their healing journey & to create & offer the best, organic, Non-GMO, ethically sourced natural products to ensure quality & effectiveness.

In 2012, I made a decision to drastically change my life ~  to heal my physical, mental, emotional & spiritual self ~ which has become my passion & purpose today ~ to guide & support others.

For a large majority of adult life, I was in & out of doctors offices for seasonal depression & anxiety.  I self medicated with work, alcohol, shopping & whatever else helped me to NOT FEEL.  For years, I was prescribed all types of different pharmaceuticals & nothing really ever helped.  I became a victim of the western medical system ~ covering up the symptoms rather than dealing with the underlying causes.  In 2015, my immune system was severely compromised from toxic black mold exposure, then went through a series of accidents leaving me with a cervical spinal injury, tumors, nervous system disorders & severe inflammation & pain.  There were days I could barely walk.  Through grace, I was shown & took the road of natural healing & have since made a full recovery.

You see, symptoms are just a manifestation of a deeper root cause & never healed taking more toxins & chemicals!   The underlying problem - which is most often toxins & unhealed emotional trauma or a traumatic experience  - must be addressed, worked through & transmuted.  Otherwise, painful emotions manifest in physical form - by breaking down our cellular structure, creating an acidic environment in our body.  True healing is a body, mind, spirit synchronization.

Mother Nature has the cure & my inner intuition told me this was the answer. I was blessed to be shown & experience the road to TRUE health & wellness.

WE are here to live an abundant, blissful, joyful life!

Today, I share wisdom gained through my 7 year process to self healing.

I live a simple life, immersed in the wonders of nature on the Big Island, Hawaii 🌈🌺🙏

My life evolves around my passion and soul purpose - supporting others on their healing journey.

We all have the power within & ability to heal ourselves.

I am so grateful you are here. Please reach out if I can answer any questions.

ALL IS IN DIVINE GRACE